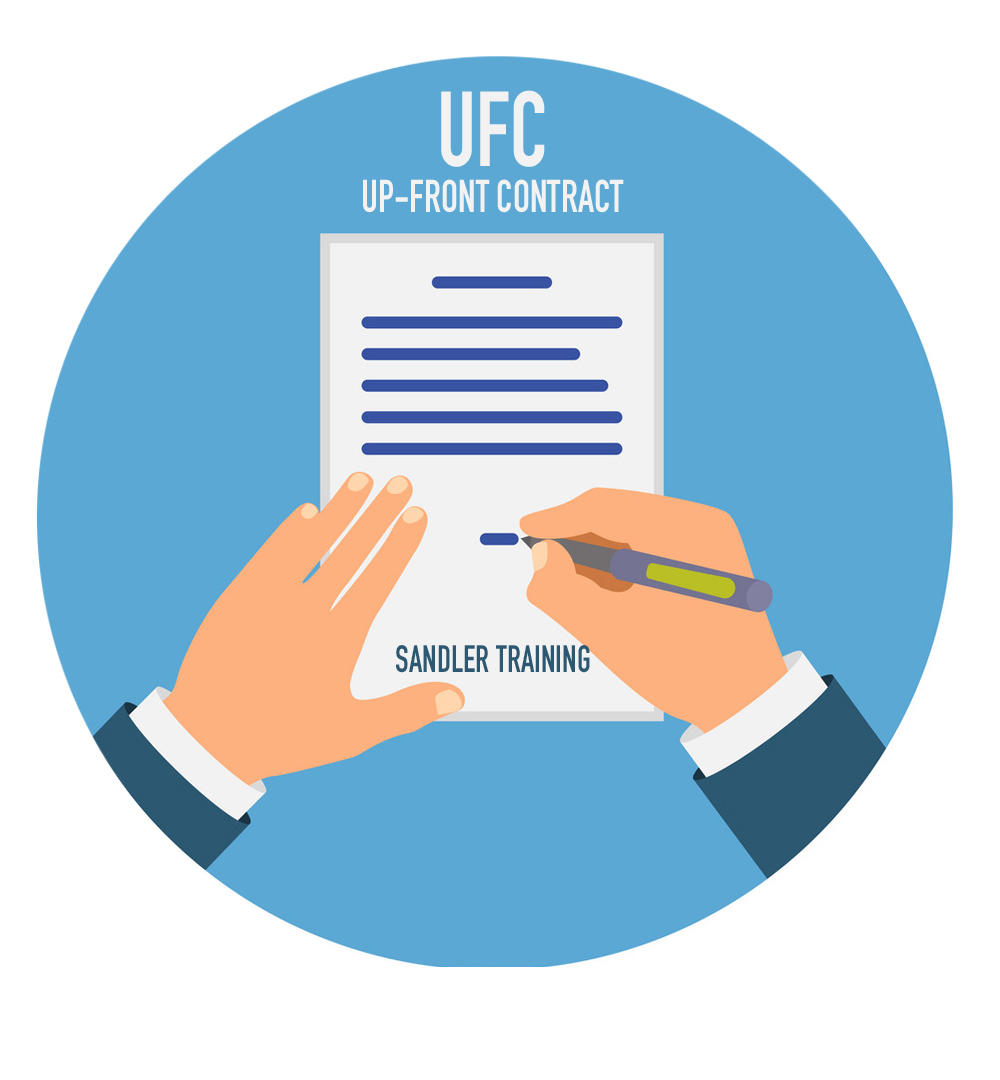 Some of our sales leaders we work with have shared they’re worried about their team’s selling skills getting rusty as many are having fewer sales conversations during this time. Sometimes, it’s because their salespeople are in business preservation mode, and sometimes it’s because their customers are currently preoccupied and access to them has become a short-term challenge.

We sometimes forget that Sandler’s Up-Front Contract is not only a tool to run a prospecting or sales call, but ANY business or personal interaction you may have. We would encourage you to remind your team to practice using UFC’s in their personal life right now, as well as with customers on non-selling calls.

As an example. A salesperson we coach, Sandy, was supposed to host a birthday party for her daughter who will be turning 8 years-old soon, but decided she was uncomfortable with the idea. Sandy first set a UFC with her daughter and gained agreement as to why going to the party wasn’t a good idea. Next got agreement with hear daughter to discuss other possibilities in lieu of the party. The end result was an agreement that her daughter would end up getting two party’s; a virtual party now, and an in-person party later. An outcome that satisfied both of them.

In another example, Sandy had to make a difficult call to a customer who had sent an email to put a pause on their business relationship for the time being. Sandy called the customer and used the UFC to first, confirm that the customer had time to talk at that moment.

Next, Sandy acknowledged the cancelation of current business. The customer expected Sandy might go into non-empathetic salesperson mode and try to convince her to not halt the business. Instead, Sandy asked the customer a variation on a standard Sandler UFC question: “I understand we’re not going to be working together, like usual, the next few months. However, perhaps there’s some other way we can help you in the meantime, until we hopefully ramp up our together again?

The customer said “thanks, but I don’t think so.” Next, Sandy used the “permission to ask questions / make suggestions” part of the UFC and said “I didn’t think so. But would it be okay if I shared a couple of ideas that I’ve been thinking about. They don’t involve you spending money with us right now, maybe just some things we can do in the meantime to make sure we can ramp up our relationship quickly, when / if you are ready.

Side note: Sandy understood that taking the long view with her customer would do a lot to reinforce that her company wasn’t just there to take orders and collect money, but to help customers through difficulty, something that would be remembered when things returned to normal. After getting agreement with the customer that it was okay to share some ideas, Sandy used the final part of the UFC to get agreement that her and the customer would decide if just taking a business hiatus right now was the best thing to do, or, if another idea could add value, how would they go about implementing it.

By using the UFC, Sandy accomplished a lot with the customer:

• She was able to disarm the customer who thought she was going to get her on the phone and try to steam roll her with objection handling.

• Sandy separated herself from everyone else who sells to the customer by behaving like an advisor and someone who can look at the customer’s business through their eyes.

• By asking for permission to ask questions and make suggestions, Sandy was able to open the customer up to have a conversation and not just cut her off.

• Finally, by agreeing that perhaps there was no way to help, the customer appreciated that there was no pressure to agree to another idea that Sandy might propose. At the same time, by establishing that if another idea did exist, they would agree on action from there, Sandy assured herself that the conversation wouldn’t have a wishy-washy non-committal conclusion.

You might be reading this thinking, wow, so much structure, it doesn’t even seem like a conversation. The point is that many salespeople are having conversations that lack ANY structure. They are in uncharted territory. As a result, they are not in control of the conversation. Many salespeople in this situation will find themselves as victims. That will be reflected in their attitude at work right now as well as any productivity they may have.

Think about how your team can use UFC’s right now and have a virtual sales meeting to practice them.

Dave Trapani is the CEO of AGT and Associates, an authorized Sandler Training center in New Jersey
Share this article:

How to Lower Stress in Sales

Sales Pros Have to Practice, Too