The Neglected Art of Generating Referrals 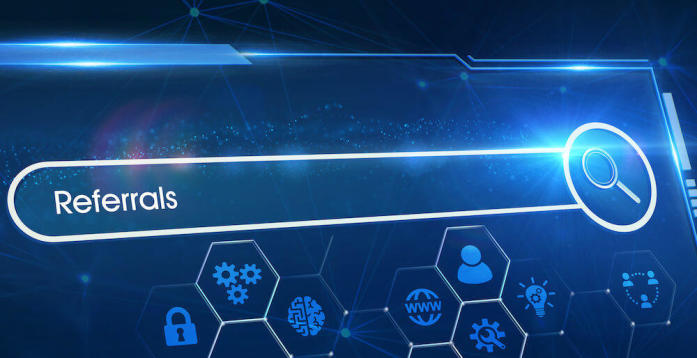 Right now, we’re going to share something with you about opportunity, something that may initially make you a little bit uncomfortable if you’re a sales professional. It made us uncomfortable the first time we tried it. It’s going for a referral, asking for an introduction...right after you hear a solid “no” on a prospecting discussion.

Way back when, as John was starting out as a sales trainer, David Sandler (his mentor) told him, "John, I want you to get 10 appointments a week."

John’s first week he made 150 dials, talked to 50 people, and got zero appointments. He couldn’t even do the math about how badly he was doing, but he knew he wasn’t headed in the right direction. He went back to David Sandler and asked for some coaching.

Sandler said: "Well, John, are you asking for any referrals once you get a no?"

“Of course not, David. No one is going to give me a referral if they’ve never spoken to me before. Why in the world would they do that?”

"Are you asking me that because you have asked in the past and you know that no one's ever given you a referral – or because you just know?"

"Let me ask you something, John. Are you competitive?"

"Okay, prove me wrong. Over the next three weeks, can you ask for a referral once you get a no?"

“Sure, but it's not going to work. What's my language?”

And he gave John the language that we are going to share with you now. John said it out loud 25 times, and then used that language. And on his very first call, the woman he reached gave him three referrals! John didn’t even have to believe it was going to work!

To this day, John remembers the name of the woman he reached that day. It was Helen Alex. She was listed first in a Chamber of Commerce directory; that’s why she got John’s first call. Here’s what it sounded like for him – and what it could sound like for you when get a “no” answer to a prospecting call:

You: Hey, listen, it doesn't sound like I can help you right now, but I appreciate your time, maybe you could help me. If you were me in my industry, would you have any recommendations of people in your network, in your circle who you think could be open-minded to having a similar conversation to the one we just had?

Helen, who had just taken a pass on the chance to meet with John, heard that, went silent for a moment, and said, “I can't think of anybody."

Helen said, “I only have three customers."

John said, “Okay, who do you deal with?”

And she gave John the names of the presidents of three different engineering companies.

John said, “Do you mind if I reach out to them? And tell them we talked?”

Helen said, "Knock yourself out."

When he hung up the phone, John was shocked. He called David Sandler, explained what had just happened, and said “Now what?” He felt like he had just caught a bear but didn’t know what to do about it.”

Sandler said, "Don't squander your leverage.” And he told John what to say. Here’s what John said:

I had the chance to talk to Helen Alex. She thought it might be important we speak, and I promised I would call.

Two of the three engineering companies John called did not go anywhere. But guess what? The first president he called said, "You know what? Your timing is great."

Think about that for a moment. Will you implement this now? You certainly have nothing to lose. As David Sandler used to say: You can't lose what you don't have!

Think about the last ten calls you made. How many times, if you did get a no, did you ask for a referral? If the answer is zero, you're not alone, but guess what? It's time to change. You may not believe anybody will give you any. But you need to know that, for us and for the people we train, the number is approximately one out of five.

Why would you walk away from that?

10 Ways You Can Use LinkedIn to Prospect More Effectively

John Rosso is a Sandler trainer and the founder and CEO of authorized Sandler training centers located in Pittsburgh, Pennsylvania and Charleston, South Carolina.
Share this article:

Video: Sandler Rule #46: There Is No Such Thing as a Good Try

Sales Training and Golf: A Lesson in Repetition